A record number of refugees have been recorded in the world 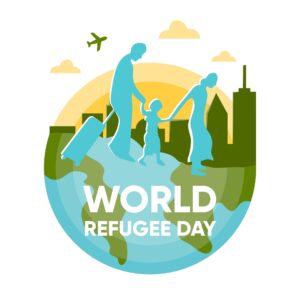 Refugees are one of the most pressing problems in the modern world. In 2022, the highest level of forced displacement was recorded. An unprecedented number of people – more than 100 million people – have left their home in search of safe haven.

In addition, almost 13 million people are in the affected areas or cannot leave them, due to an increased risk to safety, destruction of bridges and roads, as well as a lack of resources or information about where to move, find safety and housing.

World Refugee Day is an opportunity to inspire the public to sympathy and understand their need and recognize their resilience in rebuilding their lives, create opportunities for their support.