🏠 Stories → Marina Leshchuk escaped from Mariupol with a newborn baby

Marina Leshchuk escaped from Mariupol with a newborn baby 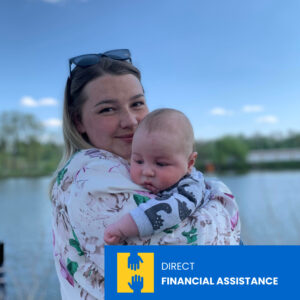 It’s not an easy task to escape from the war with a child – the war caught Marina Leshchuk in Mariupol with a baby in her arms. Since February 24, her husband has been drafted into the Armed Forces of Ukraine, so the young mother overcame terrible events in the city on her own.

From the dwelling where the family lived in Mariupol, only ruins remained. Neither children’s belongings, nor stroller, nor children’s hygiene products – for several weeks Marina and the baby were forced to live in basements. The tragedy of the situation was also added by the fact that Marina’s parents were in Volnovakha, Donetsk region, a city that has been destroyed to the ground today.

Marina owes the rescue of herself and the child to her friend, who literally forcibly took them away in her car damaged by shelling in Zaporizhzhia.

Despite the growing number of refugees, #Hostline continues to provide assistance to internally displaced persons in Ukraine.