🏠 Stories → The cameraman Vladimir’s family from Kharkov region: we got out from under the rubble of a collapsed house

The cameraman Vladimir’s family from Kharkov region: we got out from under the rubble of a collapsed house

We found out about the misfortune that happened to Vladimir Gerashchenko by chance. The thing is that we have been working together for several years now.

Vladimir is from Kharkiv. He is a talented and well-known video operator in the city, who has shot promo videos for local authorities, commercials for brand stores, brand video companies, and even music videos. 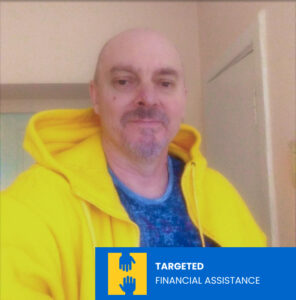 On February 24, like all Kharkiv residents, the family found themselves in war hell. Because of the terrible shelling and aerial bombardment of the city, Vladimir and his wife, his sister’s family, and their elderly mother left for a small village near Kharkiv — Lyubotin. But it did not happen as expected.

On March 28, the Russian military shelled the town of Lyubotin. The missile strikes destroyed seven private houses, in which fires still broke out. The family was pulled out from under the rubble by rescuers.

Unfortunately, Vladimir’s mother and brother-in-law were injured, incompatible with life.

Doctors of Kharkiv emergency hospital fought for the lives of Vladimir, his wife Nadezhda, and his sister. All of them are still in hospital beds but are confidently on the mend.

“We now have a second birthday together, when me, my wife, and my sister were pulled out from under the rubble of a house destroyed by missile strikes,” Vladimir jokes.

During this family’s difficult time in life, #Hostlin did not provide targeted financial support.