🏠 Stories → The story of Dasha from Donetsk

The story of Dasha from Donetsk 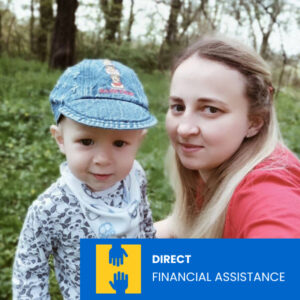 Dasha is from Donetsk. In 2014, she and her husband were forced to move to Mariupol because of Russian military aggression. After a while, the young couple bought their apartment in a portly city and had a son in 2021.

Like millions of Ukrainians, this family’s life was irrevocably changed by Russia’s re-invasion. Dasha’s husband joined the Ukrainian Armed Forces to defend Mariupol, and Dasha and her 1.5-year-old son were forced to leave their apartment and move to the Lviv region. The apartment in Mariupol, where the young family lived, was completely destroyed.

Dasha lost contact with her husband back on March 16, 2022, but sincerely believes that he is still alive. But she fears very much for her life and the life of her son because of the events in Mariupol. That is why she asked not to disclose her last name and not to mark it on social networks.

Now thousands of displaced people, like Dasha’s family, are trying to meet the basic needs of their children. Hostline’s cash assistance program is designed to do just that.